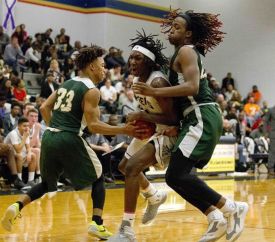 And in between, they showed improvements under first-year coach Daryl Mason.

Monday night in the UIL Region II-6A bi-district round, Conroe trailed state-ranked Klein Forest by just four points after three quarters before the Golden Eagles extended that lead out for a 73-59 win.

Conroe’s 18-14 season began in the same gymnasium with a loss to Klein Collins all the way back on Nov. 17. In between, the Tigers can think about the improvements they made as a program. click here for complete story